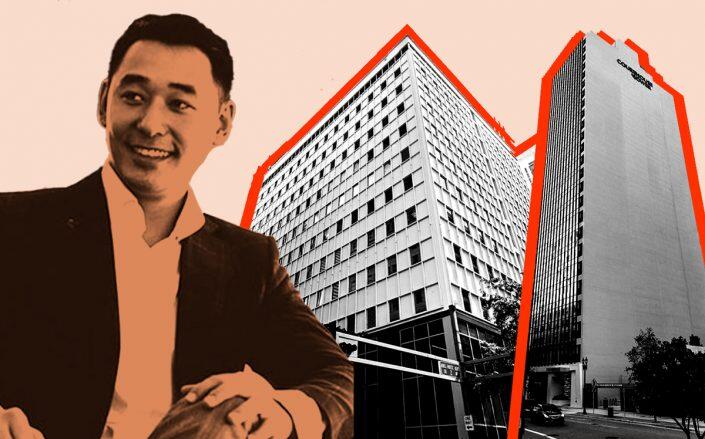 The joint venture acquired a 12-story building with a data center and ground-floor retail at 200 Southeast First Street, as well as a 26-story building anchored by First Horizon Bank at 44 West Flagler Street near the Miami-Dade County Courthouse, according to a press release.

Triple Double is a Delray Beach-based real estate investment firm led by co-founder and CEO Andrew Greenbaum and President Jeremy Becker. Stonerock Capital Partners is based in Boca Raton and is managed by Yaakov Handelsman, according to corporate records.

Two entities managed by New York real estate investor Bruce Brickman sold the two buildings for $4.6 million less than the previous sale price from six years ago, records show. In 2016, the Brickman entities paid $27.5 million for the tower at 44 West Flagler Street and $33.8 million for the building at 200 Southeast First Street.

A Cushman & Wakefield spokesperson said both buildings were put on the market and sold together as a portfolio. The spokesperson declined comment on the listing date of the properties or the asking price.

Both buildings had a combined occupancy of 59 percent at the time of sale, and they feature move-in ready spec suites, the release states.

Miami-Dade’s office market experienced increased average asking rents for a seventh consecutive quarter, based on performance during the first quarter of the year, according to a JLL report. The overall market had an average asking rent of $48.66 per square foot in the most recent quarter, representing a 10.2 percentage point jump compared to the same period of last year, JLL found. In downtown Miami, rents hit $47.54 a square foot in the most recent quarter.