A multifaceted real estate investment firm, Triple Double Real Estate invests in, operates and manages commercial and residential real estate throughout the country. Our headquarters is in South Florida.

Triple Double leverages our partners’ experience to create and build value, innovate in the real estate investment space and maximize returns in each project we undertake.

We create innovative solutions to everyday problems as we work to ensure that our buildings are well-maintained, and our tenants are happy. Our ability to successfully innovate comes from more than 20 years of real estate experience. We understand the market and are respected for our knowledge and vision in creating and building property value.

Our Medical Office team acquires and manages existing value-added medical properties that are in excellent locations but struggle with occupancy or other business flaws. Through our unique approach, we revitalize the property and fill it with high-quality tenants.

Our Workforce Housing division specializes in alternative properties to help address the nation’s affordable housing shortage, including a shortage of Affordable Senior Housing. Our team often utilizes hotels or other similar properties to address these issues, applying our creative approach to maximize the effectiveness of such projects. We work with cities and states, as well as our partners in the corporate world, to solve their housing problems.

Our Historic Adaptive Re-Use division reshapes downtowns across the U.S. by breathing new life into iconic structures. Utilizing tax credits and other forms of public finance, our team has helped begin the process of redeveloping generational properties across multiple asset classes.

Our talented leasing team will help any tenant find the perfect space for their leasing needs. While we work with various property types, we are specialists in tenant and landlord representation for medical office space. Our properties are strategically located and we have numerous options available in multiple markets. Our experience as owners informs the work we do on behalf of clients, helping us make the best deals for them and preventing landlords from taking advantage of tenants.

We build wealth by quickly adding value to each property we acquire or manage. We are not afraid to innovate in the commercial real estate space or change our approachin order to maximize returns.

With over 20 years in real estate investment and experience in the financial industry, we understand the market and are respected for our knowledge and vision in creating and building property value.

We approach each building as an asset that we help reposition to quickly build value, while at the same time ensuring that properties are well maintained, and our tenants are happy.

Our team is nimble, able to move quickly on acquisitions and property management changes. We manage the properties we own, and our size allows us to provide personalized service to each property we manage – whether or not it’s one that we own. 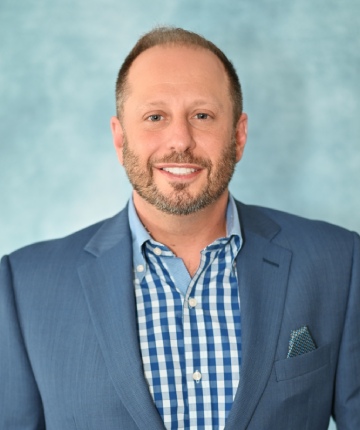 Andrew “Avi” Greenbaum is the CEO of Triple Double Real Estate and is a twenty-year veteran in the real estate industry.  In the late 1990’s, Andrew was an independent director for Northstar, the owners of Ian Schrager hotels and Morgan’s hotel Group.  Under the Hudson Capital umbrella, he teamed with Morgan’s and Crescent Heights to work on the Miami Mondrian hotel and condominiums.  He followed up these hospitality projects by purchasing three small motels in Lake Worth, Florida and converting them all to workforce housing.  The Eastgate motel, in Kissimmee, FL followed, with a 402-unit conversion from motel to workforce housing.  Mr. Greenbaum then purchased and renovated the famed Sunday House hotel, in Delray Beach, FL, a boutique hotel, wedding venue and botanic garden directly in the heart of downtown Delray.  Mr. Greenbaum, recognizing the largest housing problem in America is the workforce housing shortage, followed up with the purchase of 210 units in San Antonio to serve this purpose.  Andrew increased his San Antonio portfolio, purchasing the 113-unit Red Roof Inn for conversion.  Not looking to slow down, Andrew is already under contract for the 400-unit Banyan Hotel, Orlando, FL, which he plans on converting to workforce housing, while building relevant street front retail.

Andrew and team bring forth the strategies they have employed over nearly two decades of development and management.  Specializing in medical and commercial office, as well as hotel to residential conversion projects, Andrew and his team have been adding value to projects through multiple avenues, including adaptive re-use, lease-up and renovation. Andrew has managed, bought and built over 4,000 residential units and over 9 million square feet of commercial space. Andrew brings his vision and expertise on acquisition, management, development, corporate operations and finance.

Prior to Triple Double and Hudson Holdings, Andrew was a Founder and Principal of the Miami based company, Hudson Capital. Hudson Capital was a mixed-use developer encompassing residential and commercial rental properties, ground up construction and condominium conversions. Hudson Capital developed over $1 billion of commercial property. At Hudson Capital, Andrew focused on acquisitions, finance and operational functions. He worked closely with institutions, brokers and individual property owners in search of value-add propositions. Andrew also served as a Principal and Director of Washington Mortgage, a mortgage banking joint venture with Wells Fargo.

Andrew has held NASD Series 7, 63 and 55 licenses. With these licenses and utilizing his customized strategies, he traded various financial products, commodities and derivatives. In 2000, Andrew founded Spectrum Capital Partners LLC, a trading firm specializing in proprietary trading of stocks, futures and other financial products. He expanded the business to 200 employees and in 2002 merged the company with his former employer, a NYSE firm, before selling his share in 2003.

In 1998, Andrew co-founded Foundation Source, a financial service software firm that has become the largest administrator of private charitable foundations in the United States. Clients include JP Morgan, Morgan Stanley, Northern Trust, TD Ameritrade, UBS and Wilmington Trust. Beginning with $20 million in venture capital, Foundation Source currently has over $10 billion in assets under administration. Foundation Source sold for over $110 Million Dollars. Andrew holds a BA from Yeshiva University and a JD from Brooklyn Law School.

A sampling of Mr. Greenbaum’s current and past projects: 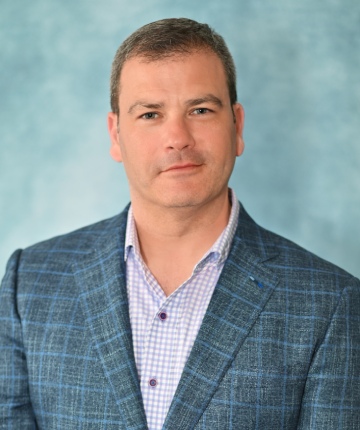 Jeremy Becker is the president of Triple Double RE. He joined the company in 2022 in his current capacity and is responsible for managing operations and overseeing corporate strategy and execution.

Jeremy joined Triple Double after spending nearly nine years as a vice president and senior vice president in JLL’s Public Institutions Group. There, he gained significant expertise in public sector transactions and advisory. He led business development and execution, as well as brokerage and advisory work, for government and higher education clients.

During his nearly two decades of professional experience and work on behalf of clients, Jeremy has advised and participated in notable transactions relating to existing assets, development and redevelopment opportunities.

Prior to JLL, Jeremy spent eight years as the Southeast Political Director for the American Israel Public Affairs Committee (AIPAC). During that time, developed extensive relationships with elected officials and staff.

Before that, Jeremy practiced law in New York City. He graduated from the University of Michigan with a major in political science and earned his law degree at Emory University. 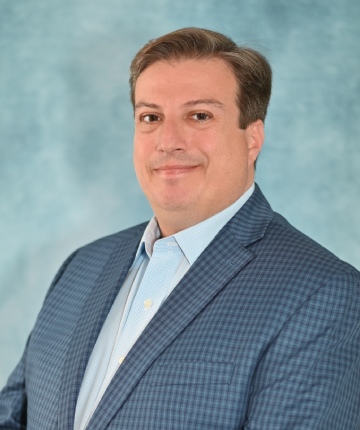 Sammy Rhein is the chief property officer of Triple Double RE. He manages Triple Double’s leasing portfolio, overseeing lease-up strategies and leasing terms for the company. Sammy has helped fill millions of square feet of office and retail space since joining Triple Double in 2019.

Triple Double benefits from Sammy’s expertise in business development, marketing, sales and data analysis. He has more than 25 years of professional experience in industries including real estate, finance, healthcare and technology.

A proven entrepreneur, Sammy has founded many technology firms and lead them to successful exits. He brings an innovation-focused, entrepreneurial mindset to Triple Double.

Sammy is a licensed real estate broker in both Florida and Alabama. He earned a BS in accounting from the Sy Syms School of Business at Yeshiva University. 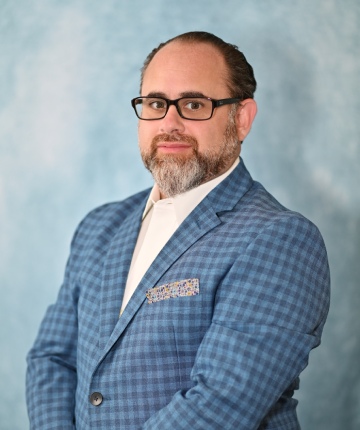 Heath Wruble is the Vice President of Triple Double RE. He joined the company in 2021 and works closely with Andrew Greenbaum and Jeremy Becker to help oversee the firm’s management, administration, and operational procedures in addition to streamlining all compliance related aspects of the firm. Wruble also oversees several special projects connected to the firm’s portfolio and is part of the acquisition team.

As a proven entrepreneur Heath has also started, owned, and operated several companies, leading them to successful exits and has written several business articles which seeks to improve business efficiency. Heath’s business savvy entrepreneurial spirit makes him a perfect addition to the firm. 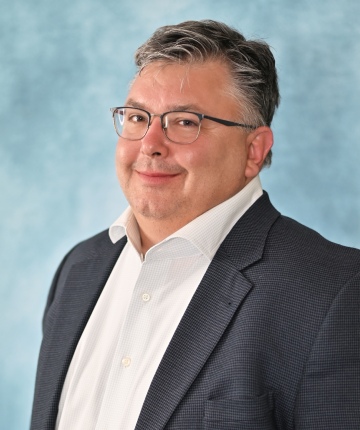 Tom Hughes is a Controller at Triple Double RE and joined the team in 2022.

In his current role, he manages the accounting operations of the firm.  Previously Hughes spent 20 years with Levy Restaurants as a corporate accountant and location controller.

Tom is an innovative, multi-unit accounting professional with extensive financial and auditing backgrounds with high level clientele and cutting-edge technological skills. He has a proven ability to establish and direct various departments, corporate finances, and field personnel. Adept at reorganizing financial